Fingerprints history began in 1992 on a shoestring, with some crazy dreams and a credit card cash advance. Our goals when we opened weren’t exactly lofty; for the first year, we were hoping for an in-store by John Wesley Harding, to receive a record award with the store’s name on it, and importantly, we hoped to make it through the first year, because we’d heard it was downhill after the first year (who saw 2020 coming?). In retrospect, aside from John Wesley Harding, who at one time held the record for most performances, we should have aimed higher.

Each July finds us creeping closer to 30 years – we’ve already got our eye on a party in 2022. For those keeping track, or checking back, we originally opened on 2nd St, in the same building as Buffalo Exchange and Polly’s Coffee. After 18 years and a couple of growth spurts, we moved to the East Village Arts District. 420 East 4th Street is our current home, which puts us close enough to call it Downtown Long Beach. The move from 2nd St allowed us to stretch out, increasing both our space for music and for live performances.

Past Events and Live Performances:

And, there’s more to come, so stay tuned. The next chapter in Fingerprints history is already coming together. 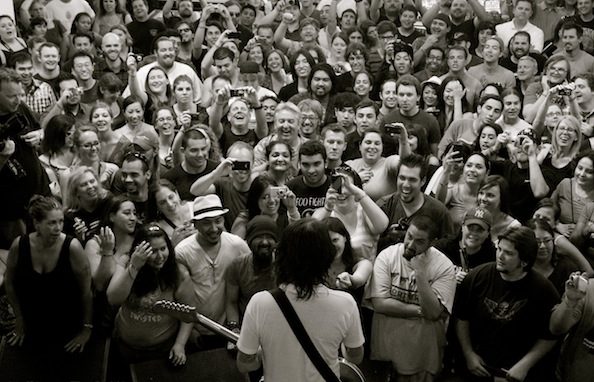