To celebrate the release of YUNGBLUD’s brand new self-titled album out on 9/2, we are kicking off the album release with an acoustic performance on 9/6 Q&A, & just a really fookin good time at Fingerprints.

You can also pre-order the American As Fuck Record Store Tour Limited Edition T-shirt on our website starting now. 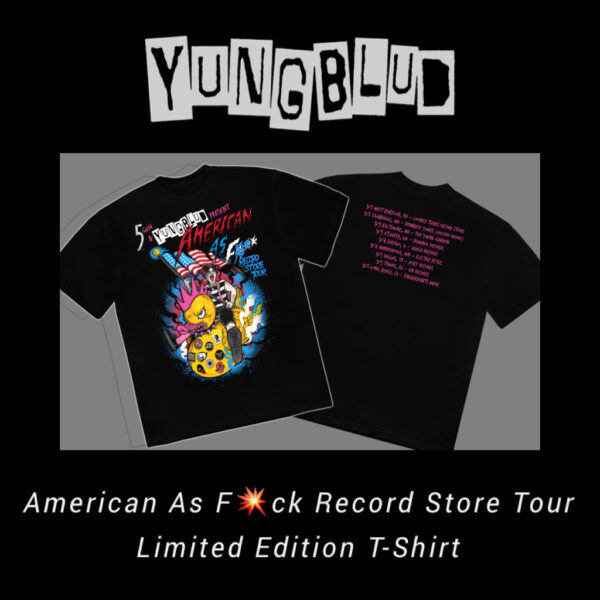