Unlimited Love by the Red Hot Chili Peppers will be out on April 1st, and the band has made an exclusive record cover just for Los Angeles stores! Please read the details in bold at the bottom regarding shipping before placing your order.

Rolling Stone cited Blood Sugar Sex Magik, Californication, and By The Way on its coveted “500 Greatest Albums of All Time,” while “Under the Bridge” landed on the “500 Greatest Songs of All Time” in 2021. In addition to claiming a Star on the Hollywood Walk of Fame, 8 MTV VMAs, 5 EMAs, 4 American Music Awards, and 3 BRIT Awards, they’ve notably notched the most #1 singles of all time at Alternative Radio with 13 #1 hits. They’ve also performed to tens of millions worldwide, headlined Coachella and became the only band ever to sell out three nights at Hyde Park in London—moving over 200,000 tickets. Adorned by anthems such as “Give It Away,” “Under the Bridge,” and “Breaking the Girl,” the diamond-certified Blood Sugar Sex Magik celebrated its 30th anniversary in 2021.

Now the band’s seminal lineup returns with their new studio album, Unlimited Love on April 1st and a record-breaking Global Stadium Tour launching this summer, kicking-off a brand new generation of fans for the legendary group.

Because of their unlimited love for Los Angeles, the band has decided to release an exclusive album cover that will only be available in Los Angeles Record Stores. Because of this, we are opening preorders for local pickup only through April 4th and any orders that select “shipping” will automatically be cancelled. If you need the record shipped, please check back after April 4th.

If you want to preorder the album for local pickup, please click here. 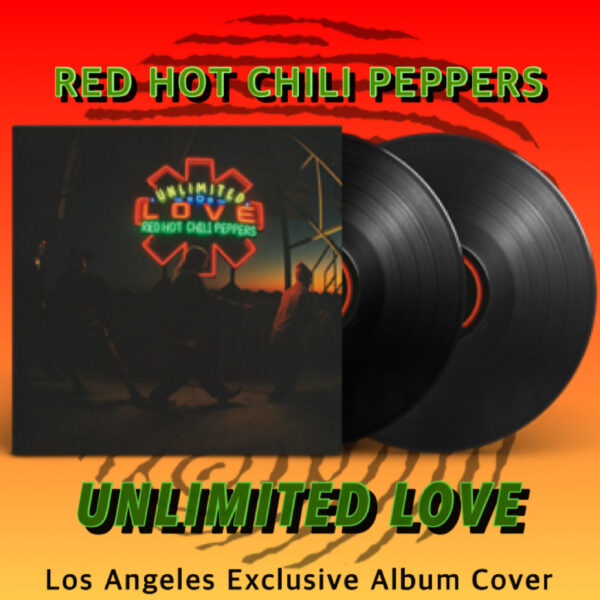