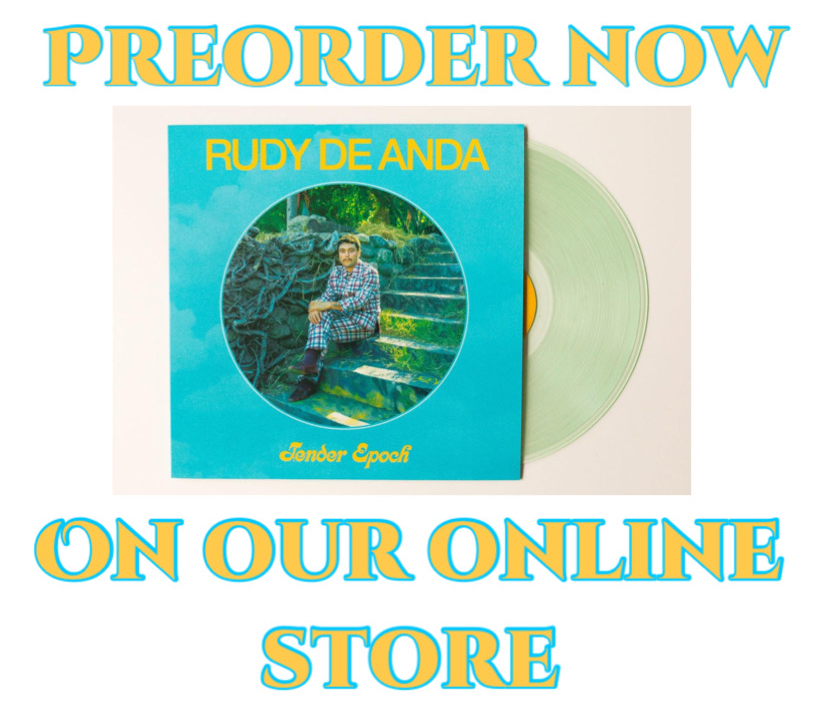 Local favorite RUDY De ANDA has a new album coming out next month (9/18) on Colemine Records called “Tender Epoch”. There will be a limited amount of Topo-Chico bottle colored LPs (only 1500 worldwide 👀!).
“Since 2005, De Anda has played thousands of shows in various musical projects, but with ‘Tender Epoch’, he has clearly found his own voice with a wealth of stories to spotlight. It’s exquisitely crafted pop, with universal messages of heartbreak and loss that still feel appropriate played speeding windows-down on the highway in the coastal sunshine. Above all, De Anda likes to keep people guessing: from the album artwork to the multi-faceted textures of sound, ‘Tender Epoch’ feels ambiguous to any era, a perfect collusion of old and new that showcases a music historian’s knowledge of both past greats and influential peers. Sculpting his own path through a wild ride that feels unlikely to let up, De Anda refuses to settle down or get comfortable, instead carving out a classic record that is sure to set a standard for songwriting to come.”
Pre-order available here