Beloved singer-songwriter Pete Yorn recently announced the release of Caretakers, his first solo album in three years, and his most spontaneous collection to date. Produced with Jackson Phillips of Day Wave, the album finds Yorn trusting his gut and working from instinct more than ever before. Many of the tracks were written and recorded start-to-finish in a prolific series of single-day sessions that balanced freewheeling exploration with careful, deliberate craftsmanship. Consequence Of Sound calls the new music “entirely entertaining;”

“These songs are designed to grow with you,” explains Yorn. “They’re all anchored in particular moments, but they blast off from there, so what they mean to you on any given day might evolve. They’re built to have that flexibility.”

Earlier this year, Yorn performed a string of sold out shows on his “You and Me” solo acoustic tour including a show at the Troubadour. Denver’s Westword praised Yorn’s music, calling it “irresistible.” Yorn also stopped by the acclaimed ACL Live in Austin, TX for a session and taped a Skyline session at Houston Public Media. Watch Pete perform “Calm Down” and “Can’t Stop You” on Houston Public Media.

Thrasher Magazine premiered the “dreamy” retro skate video for “Can’t Stop You”. “Calm Down,” the first single off Caretakers was released earlier this month.
We are very excited to have our old friend back to play the shop, and are opening the guest list with pre-order of Caretakers on CD or LP. Please drop in, or give us a call at 562.433.4996 to pre-order, or if you have any questions. 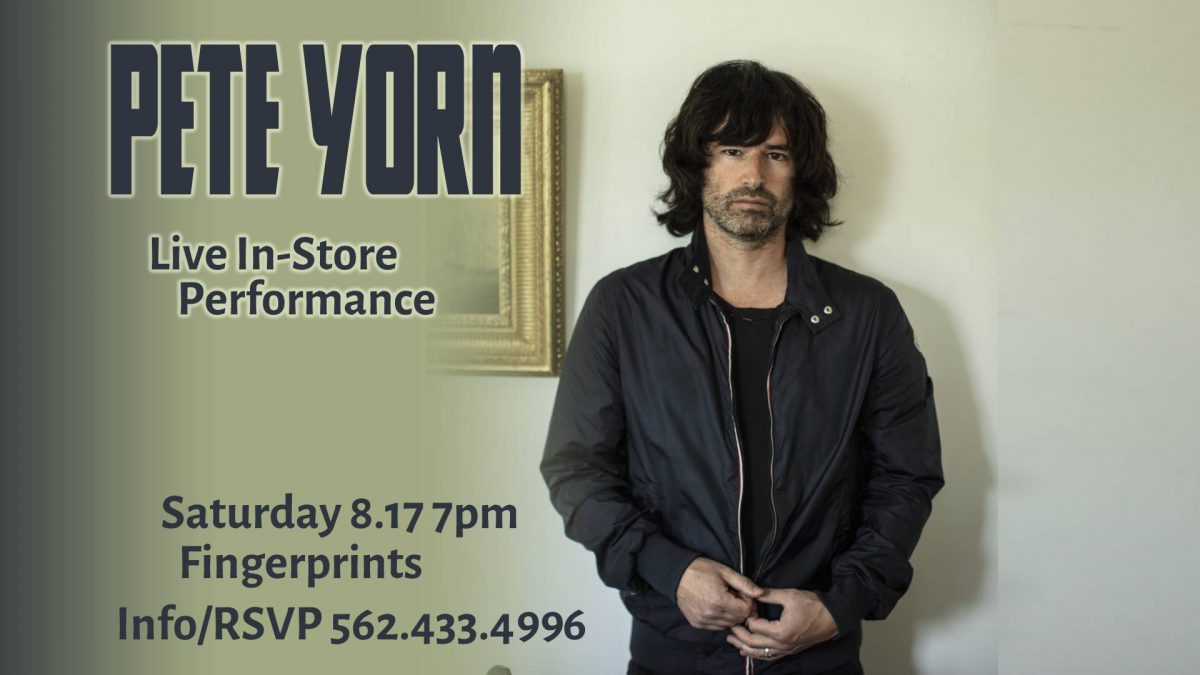