Charley Crockett will release his latest album The Man From Waco on September 9th via Son of Davy/Thirty Tigers. Crockett wrote or co-wrote all 14 songs on the album, and in many ways The Man From Waco is the purest distillation of his artistry to date. What started as a demo session with producer Bruce Robison at Robison’s studio The Bunker outside Austin, TX turned into the first album Crockett has ever made with his band The Blue Drifters backing him from start to finish. Mostly first takes with only a handful of overdubs, The Man From Waco finds Crockett refining his singular “Gulf & Western” sound which continues to captivate an ever-growing legion of fans.
We have started taking preorders fir the Indie Alternate LP cover version. Also available on cd and standard LP. 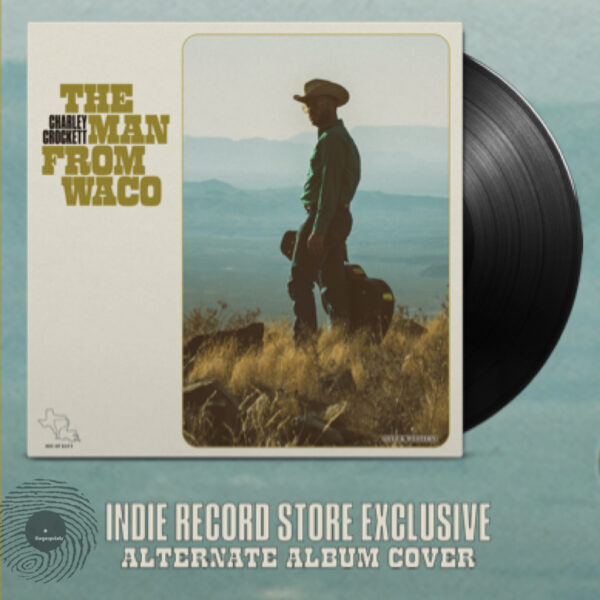