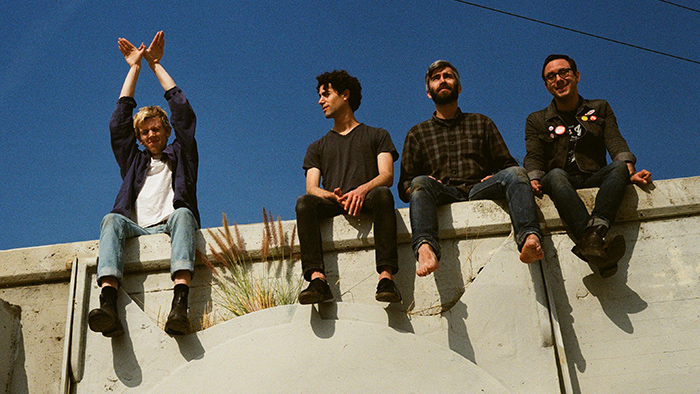 Hot on the heels of their new album TPC, Tokyo Police Club are coming in to Fingerprints Music for a live set on Thursday, November 15. TPC, which is being called “casual but not careless”, is 12 tracks of up-tempo, guitar-driven, Canadian indie rock that recalls the best moments of nineties rock radio mixed with punched up guitar and a moodiness that implies an appreciation for disheveled yet stylish Britpop, tempered with moments of snottiness that channels all of the energy of British punk.

TPC is a cinematic soundtrack to a lager-fueled evening with friends, talking about the heavy stuff, but not doing much about it. It’s 12 songs that have things figured out, and are ready to fight – but most of the dialog is internal, the adversaries hypothetical, and most of the loves short-term, but ultimately it’s an enthusiastic collection of great songs, and unlike the internal demons and the flash fire of new love, these tunes are actually worth setting your beer down and making a fist.

Then check out a few other tracks at the Dine Alone Records page:


This is a free with RSVP event, but pre-ordering/purchasing TPC will get you priority entry for the performance and front of the line for the signing.
RSVP, or purchase TPC in the store or by calling Fingerprints Music at 562.433.4996