The re-release of “Rival Sons EP” & “Before the Fire” will be the first releases under the band’s new label, Sacred Tongue Recordings. These two projects are from the “early days” of Rival Sons which paved the way for the band’s career.

In 2019, the band received a Grammy nomination for Best Rock Album for their newest release “Feral Roots” and Best Rock Performance for the song “Too Bad”.

That same year the band did a 12-city co-headliner tour with Stone Temple Pilots, performed at the Bonnaroo Music & Arts Festival, and played shows with The Record Company and Slash. The band will be touring with Aerosmith in the UK/EU in Summer 2022.

This is the band’s very first project & the one that got Rival Sons started. The release was limited and is hard to come by/super rare – fans are itching for it!

Originally released in 2009, Before the Fire is the debut album from American Rock band Rival Sons. The album was produced by Grammy award winning producer Dave Cobb.

After the success of Before the Fire, the band recorded the self-titled EP which was independently released in 2010. The album features fan favorites “Get What’s Coming”, “Torture”, and “Soul”. 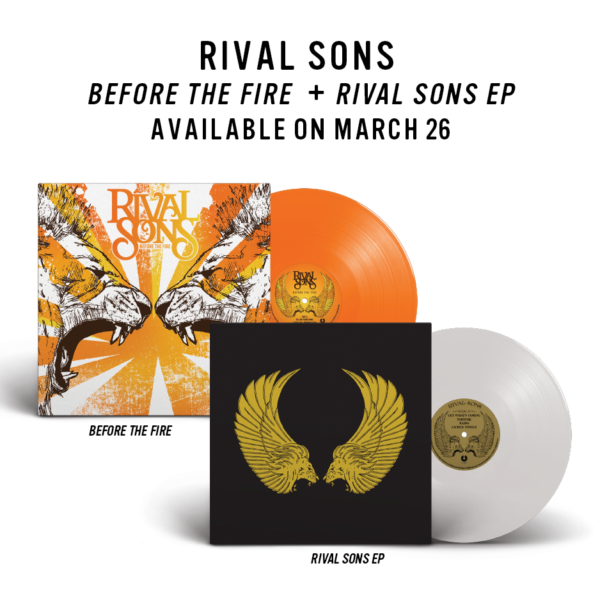