Best known for singing and playing bass in the band X, lately John Doe has been setting the punk rock story-telling world on fire. What started with Under the Big Black Sun — Doe’s drivers seat view of the LA punk scene– continues with More Fun in the New World, covering the dizzying pinnacle of L.A.’s punk rock movement as its stars took to the national — and often international — stage. Detailing the eventual splintering of punk into various sub-genres, the second volume of John Doe and Tom DeSavia’s west coast punk history portrays the rich cultural diversity of the movement and its characters, the legacy of the scene, how it affected other art forms, and ultimately influenced mainstream pop culture. The book also pays tribute to many of the fallen soldiers of punk rock, the pioneers who left the world much too early but whose influence hasn’t faded.

As with Under the Big Black Sun, the book features stories of triumph, failure, stardom, addiction, recovery, and loss as told by the people who were influential in the scene, with a cohesive narrative from authors Doe and DeSavia. Along with many returning voices, More Fun in the New World weaves in the perspectives of musicians Henry Rollins, Fishbone, Billy Zoom, Mike Ness, Jane Weidlin, Keith Morris, Dave Alvin, Louis Pérez, Charlotte Caffey, Peter Case, Chip Kinman, Maria McKee, and Jack Grisham, among others. And renowned artist/illustrator Shepard Fairey, filmmaker Allison Anders, actor Tim Robbins, and pro-skater Tony Hawk each contribute chapters on punk’s indelible influence on the artistic spirit.

Space is limited. To reserve a spot, call or stop in to order your copy of either More Fun in the New World or Under the Big Black Sun. More info/ to RSVP call 562.433.4996 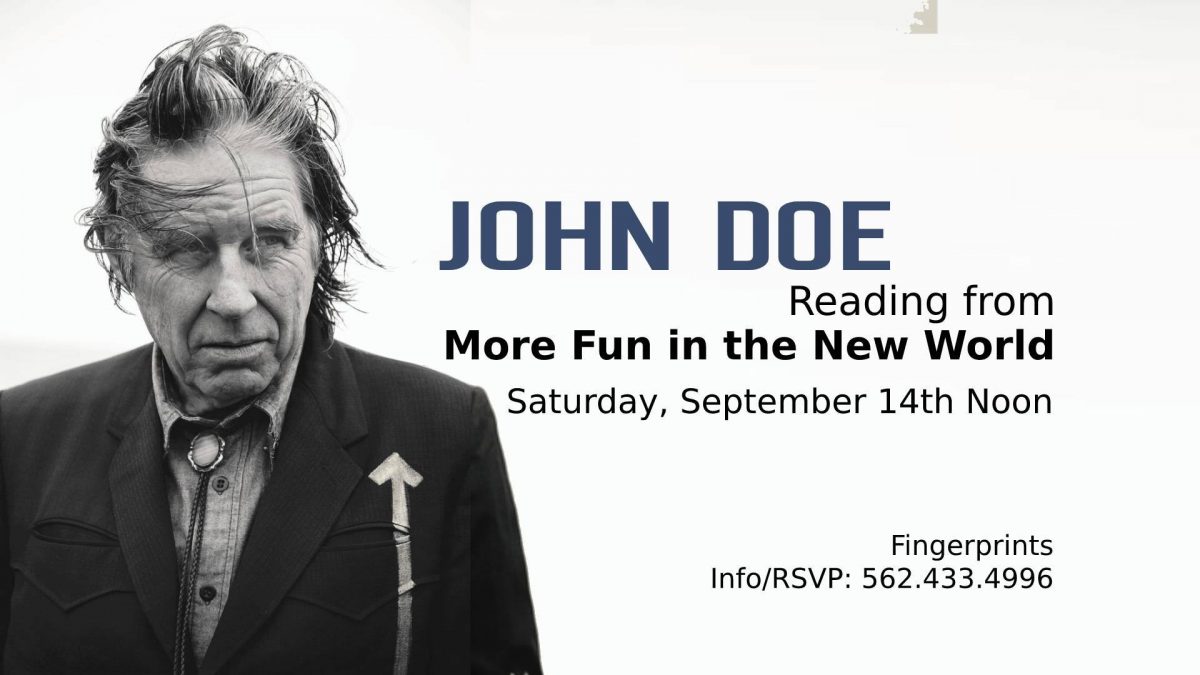